If you have the above questions in your mind then you are on the right page to know about it. Today, in this article we are going to explain everything you need to know about the USO Core Worker Process or usocoreworker.exe.

Well. Most of you are thinking about is right? Whether the usocoreworker.exe that appears on the task manager’s process section is a virus or not?

Most of the time people see a process with .exe extension running on the Task Manager, they will start thinking that its a virus or a malware as .exe file extension is an executable file. Most of the times, in Windows, the executable files harm the operating system. So, if you’ve seen the usocoreworker.exe running on the process section of the task manager on your computer then you might have considered as a virus.

What is USO Core Worker Process?

Coming to the topic, USO in the term usocoreworker stands for Update Session Orchestrator. Then what exactly the role of usocoreworker.exe?

If you are a Windows user for a long time, then you might have known about the wuauclt.exe / detectnow command that is used to schedule a Windows update scan through the Command Prompt. However, these commands are not usable in the Windows 10 version 1903 and above. However, Microsoft now you can no longer use this command in 1903. On Windows 10, Microsft Windows Update settings are moved to the new System Settings app. Thus, wuauclt command is no longer working on the Windows 10, Windows Server 2016, and Windows Server 2019. If you are the user of these Windows version then you can test your self.

So, if you are searching for what is usoclient.exe, or usocoreworker.exe in Microsoft documents you can’t find any details. But, you don’t need to worry. According to Microsoft, this command is not created to call outside the internal operating system (internal OS). No one outside the operating system can run usoclient directly.

So, guys, I hope you got understood. A type of process related to the management, installation of Windows updates and also new features of the operating system is called the usocoreworker.exe, usoclient.exe or USO Core Worker Process. No worries! Even if it runs on the background, even if it is visible whenever you open task manager, you don’t need to worry about the system resources. Because, it uses a very small amount of system resources. 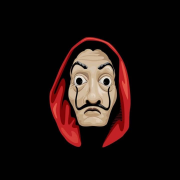 YooTricks Crew
I'm the one who handles YooTricks. A geek and a person who is addicted to internet.

Zalo Web: How to Use Zalo on PC Without Installing Software

How to Download IPA File on Windows and Mac (Complete Guide)